These works are now nearing completion, and it is anticipated that the applications in respect of the FEPA Licence and Planning Permission will be submitted in early June 2010. It is proposed to hold a further public consultation/exhibition event at Borth mid June 2010 in order that the public can examine the drawings submitted for Planning Permission and have the opportunity to discuss the scheme with officers from the Authority, together with representatives from Royal Haskoning as designers.
Subject to the necessary consents being received, it is anticipated that a contractor for the construction phase will be appointed by the end of August, with a programmed start on site towards the end of September 2010.
Below is a photograph of the physical modeling tank where it is proposed to model the proposed scheme for Borth: 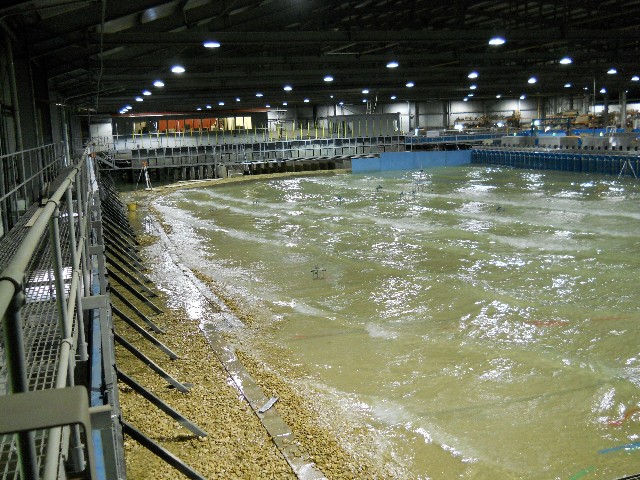